After COP26: Moving away from the binary of success and failure

The end of COP26 has left many of us in limbo, a lot feeling burnt out, and some in depression after months of campaigning with diminishing returns. Nothing could have prepared us for what came after the pompous framings of “the beginning of the end of climate change” and “the most inclusive COP ever” – arguably, such high praise before the event had even begun could only set it up for failure.

And it is true, COP26 has failed many vulnerable nations for whom climate change is a painfully tangible reality. During my time in Glasgow, I had the pleasure of meeting Uili Lousi, who came as a delegate from Tonga. Tonga is a group of Polynesian islands about three hours by air from New Zealand. I was impressed by Uili’s positivity and dedication despite the high-pressure environment he had to navigate in. But when our conversation moved to his homeland’s geography, my heart sank – Tonga is only one metre above sea level, he said. I realised that his drive did not just stem from a positive attitude – it was a survival instinct. And the decisions made in Glasgow may have signed a death sentence for his people.

It is easy to classify COP26 as a failure and be done with it. And don’t get me wrong, in my heart I fully sympathise with the 200 academics who have denounced the Glasgow summit, calling for a “real green revolution”. I will never tone-police the many activists from the global south who have indeed been failed by world leaders this month. They have every right to call them out. But while I agree that a system of governance built on colonialism, extractivism and exploitation will never bring about the change we need on its own, I feel worried to see many young activists disengage with its politics, both leading up to and following COP. It is dangerous and removes accountability from our so-called leaders. And mainstream media is complicit in disenfranchising the next generation from politics, which serves the interest of those opposing change.

True and radical change will always come from the people – but we need those people to be active citizens, exerting political pressure on those who have power over life and death in the climate emergency. I met several delegates from most affected countries during my time in Glasgow. For some of them, going to a protest or being an activist could mean putting their physical safety on the line. When this is not an option, engaging on a political level becomes a lifeline for their communities.

Both success and failure are powerful psychological framings reinforced from the binary thinking patterns which have shaped our thinking since the enlightenment period – the most prominent being the human-nature dichotomy, which arguably got us into this mess in the first place. Binaries are ever present in western societies – in the way we perceive gender (male vs female), our judgments (good vs bad), and human nature (mind vs body). From a cognitive perspective they are a useful tool, allowing us to quickly process information, put it into a category and make a judgment. And whilst our lifestyles become increasingly fast-paced, binaries are a welcome tool in allowing us not to spend time evaluating complex topics. Binaries ignore the complexity of our lived human experience. As a result, our society is becoming increasingly polarised. Until recently, whether or not we believed in anthropogenic climate change was one of many outcomes of this polarisation. It becomes clear that an issue as complex as climate change requires more nuance.

I am not here to tell you that we should frame COP26 as a success – it would be nothing short of a lie. The Glasgow Climate Pact has failed to keep 1.5 alive, but rather put it on life support. While previous pledges put us on a trajectory of 2.7°C degrees of warming, according to the Climate Action Tracker this has now been reduced to 2.4°C, which many will agree is still catastrophic. Fossil fuels have been mentioned in an agreement for the first time in COP history, but parties failed to mandate a fossil fuel phase-out, with language having been watered down at the last minute. Indigenous peoples had a larger presence than ever, but were overshadowed by the fossil fuel industry, which sent a larger delegation than any single country. Another positive first was the mention of loss and damages, but the most affected people and areas are still waiting for adequate climate finance, climate reparations and support towards a just transition. COP26 was full of contradictions and complicated emotions – even Alok Sharma shed a few crocodile tears once the pact was signed, apologising to delegates over the way the process unfolded.

One cannot argue the fact that there has been progress. But progress, in the face of the death of millions, is simply not good enough. And calling COP26 a success is a very one-sided and frankly insulting picture for delegates from the global south, many of whom have been left mourning for the future of their communities. Yes, we need to maintain a degree of optimism to maintain momentum and hope – but complacency is a momentous barrier in the way of climate action, and the UK government is a case in point. Whilst calling itself a “climate leader”, it barely recognises its historical carbon debt and refuses to acknowledge exported emissions in its carbon accounting.

This piece is a call to bring more nuance into this discussion, to acknowledge all facets of the reality of COP and its complexity. The way our media frames these important events cannot be left to a coin toss of good versus bad, aimed at drawing in the maximum number of viewers. Rather, we need to pause, reflect and learn. We need to discuss what works, and what does not. Where our movements have failed to be listened to and where politicians have given in to our calls. And where we should maximise efforts to facilitate more ambitious policy and positive outcomes for those who have the most to lose.

I wish we could just boycott COP – but doing so won’t boycott the climate crisis. The reality is that we still navigate within a harmful, dysfunctional system – and we need to strategise to transform that system from every possible angle. This will not be possible without utilising all societal levers we have available – grassroots groups, NGOs, business and politics. Climate justice and a just transition must be a collaborative effort. And while I do not want to play down the urgency with which we have to hold those responsible accountable, we must also take into consideration the fact that language holds a lot of power – and that overly positive or negative framings can lead to unwanted outcomes. We should use communication as an instrument for change, rather than feed into polarisation.

In short: Framings around failure ignore the need for continued political action upon which so many vulnerable nations depend on with their lives. Framings around success do not adequately challenge the status quo which comes with devastating consequences for so many. We must re-evaluate our discourses around climate summits, and move away from the notion that they are make-or-break events in history. The challenge is to communicate in a way that does not dilute our message, or make it palatable to those whose views must change. Yes, COP26 was progress, but too slow and nowhere near enough. It is now down to movements to carry its momentum into the future and nurture the fires of change.

Celebrating the planet: our lockdown creation 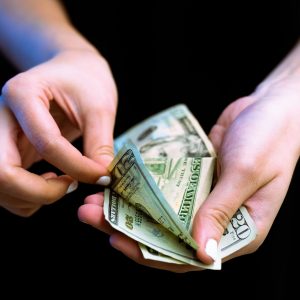 Why Women Still Struggle with Self-Promotion 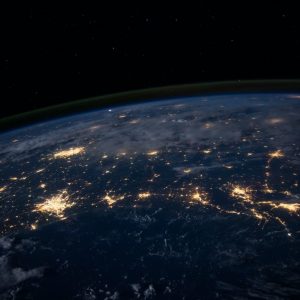 Glasgow COP26 – here’s what you need to know