Are our cultural identities in the way of climate action?

The Paris Agreement marked a pivotal moment in history in which leaders from across the globe committed to fighting climate change and reducing greenhouse gas emissions. But five years on, we are still not seeing the urgent action we need to prevent climate breakdown. Are our cultural identities to blame for the still widespread denial of climate science and avoidance of transformative action?

Resistance against the reality of climate change is still strong – but the very reasons for inaction are increasingly coming under threat. Climate denial can often be traced back to cultural identification and a refusal to change our consumerist lifestyles as they are closely linked to our perception of identity. But the closer we come to climate disruption, the more at risk these aspects of our very personalities become. Not meeting our target of 1.5° will come with unforeseeable implications and make our lives built on convenience and consumption a lot less comfortable, even in industrialised nations.

One of the biggest barriers to climate action, as outlined by Per Espen Stoknes in his excellent book on climate denial, are cultural cognition and social norms, in which our identities are embedded. Psychological research has shown that we prefer information from our own cultural group – this can be your friendship group, a political party, or even an expert with the same skin colour or nationality as you. Especially people with conservative values have been found to be skeptical of climate science, whereas those with liberal values tend to be less content with the current political climate regarding environmental issues. Many so-called climate skeptics will avoid or shrug off information on climate change because fully acknowledging it would require them to question our own beliefs and behaviour. As a result, skeptics avoid the topic altogether or seek out information in harmony with their beliefs. This phenomenon is called Confirmation Bias. Changing your own attitudes to match our fossil-fuelled lifestyles (‘It’s not so bad’, or ‘Scientists don’t agree on everything,’) results from what is called Cognitive Dissonance. Remember: You shouldn’t beat yourself up for not being able to live sustainably. We all live in a system which makes it very hard to do so. But awareness goes a long way.

The outright rejection of peer-reviewed science despite an overwhelming scientific consensus of 97% stems from psychological needs much older than our post-industrial lifestyles. A wish for security and avoidance of discomfort leads us to protecting our view of the world, ourselves and our loved ones as good people who are innocent players in a world heading towards climate chaos. Believe it or not, this striving will make many ignorant of the state of our planet – and people are not always aware of the state of denial they are in. Climate change poses the ultimate threat to our lifestyles, values and how we define achievement. Many react with overwhelm to climate change facts and are unable to act – this is not due to malintent but a phenomenon which has been termed Eco-Paralysis.

Changing our habits now requires a shift in identity which may cause us discomfort, but will still be under our control. As individuals, we are able to control our own pace of change, gather the information we need and utilise social networks. On a systemic scale, we can build international relations and support each other in solidarity. If we choose to wait until climate breakdown hits and we are forced to change our lives rapidly, we will face collectively traumatic events, forcing us to adapt quickly and make sacrifices we could have prevented. Limiting warming to 1.5° seems unlikely at this point, and overstepping the 2° could result in runaway climate change due to the activation of tipping points. Scientists agree that if we do not change rapidly and profoundly on our own accord, we will face almost certain societal collapse in the century. We are currently consuming resources as if there were four earths and our current trajectory of net zero by 2050 will not be enough to limit these unsettling developments. Large-scale action in the next ten years will determine which future scenario will be waiting for us – and at the moment, we are heading towards that of highest warming. By desperately clinging onto Western capitalist systems, we will exacerbate whatever is coming our way exponentially as we will all need to learn to live with less when earth will not be able to give to us anymore.

Pause and take a breath now. How did this make you feel? Decades of climate activism have taught us that the doom narrative may not be as effective as we thought. While urgency seems the appropriate reaction to the scale of the problem, our audience is likely to respond by building inner walls of resistance. If we are probably doomed, why bother trying to change? I used to be one of those activists constantly sounding the alarm bell, fighting in every waking minute to get the message out. What I did not realise for a while was that the message was already out – but the way I conveyed it meant no one wanted to listen. Fear forces us to react rather than reflect – we have developed to either fight, flight or freeze. And when we create fear too large or abstract, this reaction often manifests in denial or apathy.

How can we use these insights to inspire change?

Drawing from our knowledge from Psychotherapy, Stoknes suggests that we won’t achieve fundamental shifts in attitudes by putting more pressure on deniers or people who are simply apathetic. On the contrary, this approach can be met with resistance and even strengthen the existing inner wall of denial. Instead, we must acknowledge that every society, to an extent, is built on denial and that it will take continuous negotiation, raising of awareness and, first and foremost, positive messaging to bring about a shift in identifications.

How can we bring positive messaging into climate conservations?

There is a lot of power in storytelling. Stories we identify with can help reduce psychological distance to climate change and make behaviour change more likely. Just imagine a future in which humans are in harmony with nature once again. Where every person has access to housing and food is grown either on our doorsteps or our neighbours’. Where work is meaningful and corresponds to everyone’s abilities and needs. Where cities glisten in many shades of green, urban gardens sprawl between buildings and walkways and the air is clean and safe.

Positive visions will always inspire more than apocalypse scenarios – and in a strange way they also feel much closer than the effects of climate change. Next time you talk to someone who has yet to engage with climate change, try not to panic them. Aim to inspire instead and see what happens. 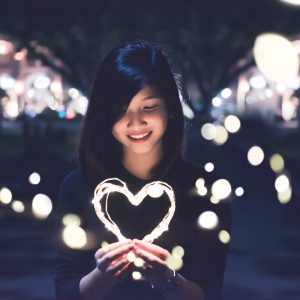 How to love your body again 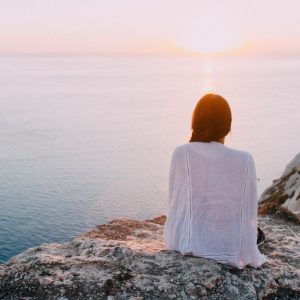 How To Discuss Mental Health With Your Partner or Loved One 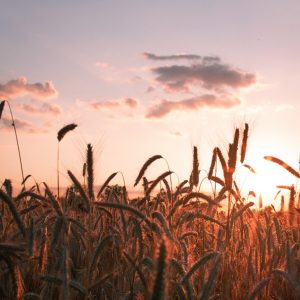 What really is ‘eating for the planet’?