How to have an eco-friendly Christmas

Christmas during this pandemic should most definitely be a time to forget stress and chill. Pre-planning some of the day in advance can lighten our toll on the planet. If anything, it seems to me this pandemic has made Christmas less about presents and excessive tinsel and more about being able to spend well deserved time with friends and families after such an uncertain and stressful year. This approach is naturally a more climate-friendly option!

The festive season, a time of joy, overindulgence and good spirit is sadly often accompanied by a great deal of waste. The infamous book “How bad are bananas”, suggests Christmas excess (unwanted presents, wasted food, fairy light energy, cards etc…) releases 280 kgCO2 (kilograms of carbon dioxide) per average UK adult, with the high carbon scenario releasing up to 1,500 kgCO2 per adult. This could equate to a couple of months living in the 10-ton lifestyle (see end of article).

When asked what an individual’s best action to save the planet could be:

This article will skim the surface on various (but not all!) aspects of the festive season, suggested climate impacts based on researched studies, alongside a few suggestions of more planet-friendly options. The aim is to inform, not shame. A million households making one change is far better than one household doing everything.

As the saying goes, the more people round the table the merrier – and also the better for the planet! Though times are uncertain for social gatherings, cooking one large meal at one household rather than many at multiple homes reduces the carbon footprint through saved energy and reduced food waste.

Good news too, turkey is by no means the worst meat to be eating as a centerpiece for Christmas day, being far better for the planet than beef, lamb or pork. Chicken is marginally better and best still – trial a new plant-based Christmas!

Comparison: (based on a Harvard University and HIS study, Dr Harwitt)

Straying from the norm is unsettling, but if 85% people within the UK who usually consume animal products for Christmas opt for plant-based alternatives, 131 million kgCO2 could be prevented from entering the atmosphere, equivalent of 438 million miles in a petrol car!

Other steps to reduce the footprint of our feasting:

That feeling of receiving post is such a nice one, the surprise, guessing who it’s from and then the gratitude that they thought of you.

Hate to be a scrooge, but here is an interesting comparison:

NB: For a standard letter the majority of the carbon footprint lies within the postage transport.

This is not the end of Christmas cards. In the grand scheme of things, 200g may not seem like much but when multiplied up they can be a substantial addition to the carbon cost of Christmas.

The old debate artificial vs natural. Artificial trees have to be used for over 10 years to have a lower environmental impact than their natural namesakes. A 2-meter artificial tree has a carbon footprint equivalent to about 40kg of greenhouse gas emissions – which is more than twice that of a real tree that ends its life in landfill and more than 10 times that of a real tree that is recycled or burnt. Real Christmas trees absorb CO2 as they grow but release methane (a gas 24 times as potent as CO2) if they are left to rot in landfills. Roughly only 10% of Christmas trees in the UK get recycled and recycling them is a huge way to reduce their climate footprint!

Sadly the glitz and glam of tinsel and glitter should be avoided. Glitter, a pre-formed microplastic although less obviously climate change-related can significantly contribute to ocean microplastic should it get into e.g. waste water. Tinsel is a non-recyclable plastic – therefore considered single-use, the energy and CO2 emissions used to manufacture each year adds up.

Switching to LED can reduce utilized power by up to 90%. Light timers also ensure they are never forgotten to be switched off… we’ve all been there!

The vast majority of gifts within Christmas crackers do not last beyond the end of the meal.

If just half the wrapping paper produced in the UK on average at Christmas (8,000 tons) was recycled it could save up to 25,000 trees! Whilst 1kg wrapping paper can emit up to 3.5 kgCO2 during production.

In terms of the presents themselves, buy less – buy local. Online Christmas shopping (which we all are more likely to be doing at the moment!) actually has a lower carbon footprint reducing the energy of transport for every individual trip into one. Non-electrical presents also generally have a lower carbon footprint than electric and experiences and sponsors are generally even less. Buying small and local is better but if resorting to Amazon, try the Smile Amazon website – it donates 0.05% of your spending to a charity of your choice! These things do all add up – especially at Christmas!

Also, keep receipts! We’ve all been there, be honest. Far better to return and replace with something which will be used, the carbon footprint is otherwise wasted!

Reducing the carbon impact of Christmas doesn’t have to impact its spirit. It is possible to indulge in good food but reduce waste. Keep presents thoughtful and keep those receipts! Decorate sustainably, LED lights, reduce tinsel and get inventive. This isn’t a perfect low-carbon day guide, it aims to inform. Given the current circumstances, we all deserve a non-stressful Christmas. Pick your battles, altering habits in just one area of Christmas will have an impact. Never think your actions will not! 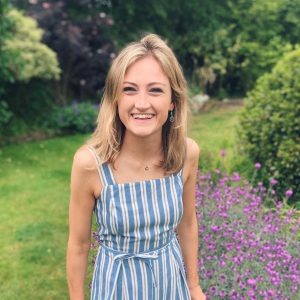 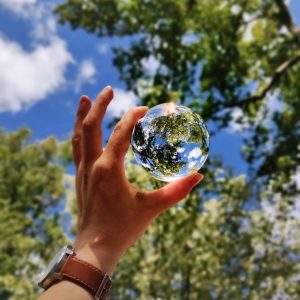 What does it mean to be eco-friendly? 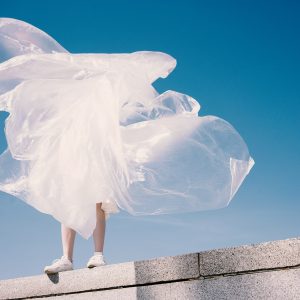