Why ‘Kill the Bill’ is a Feminist Issue

In recent weeks, people across the UK have taken to the streets to prevent a controversial new piece of legislation from being signed into law. Most of us will have limited knowledge about the “Kill the Bill” protest apart from violent scenes in Bristol, and recently London. What is the full picture?

The Police, Crime, Sentencing and Courts (PCSC) bill is a lengthy and at times obscure piece of legislation, with its official purpose being the protection of women and society as a whole. This came shortly before the kidnapping and murder of Sarah Everard by a Met police officer in South London, and was met with resistance when London police violently dispersed a peaceful vigil to mourn Sarah. At the vigil, female protesters were manhandled, arrested and intimidated – which has subsequently been deemed appropriate by chief police commissioner Cressida Dick and the police watchdog.

There are many problematic aspects to the bill, such as the criminalisation of “unauthorised encampments“, which will endanger Gypsy, Roma and Travellers’ culture by allowing police to seize their vehicles. One of the central and most concerning aspects of the bill is that it will make all effective forms of protest illegal – that is, those deemed “disruptive” or “annoying”. Home Secretary Priti Patel will have the power to define which protests fall under those categories, and police will be given powers to pose restrictions on protests, such as start and end times, maximum noise levels, and location. Officers will also be able to revoke foreign nationals’ residency status, should they the part in a protest deemed a “public nuisance“. Organising a disruptive protest will come with a prison sentence of up to ten years. All this effectively takes away the very essence of what it means to protest. As Shahed Ezaidy stresses in her recent article, protest is often a last resort when all other avenues of campaigning – such as petitions, lobbying, or community organising – have proven unsuccessful due to a lack of government support.

“Protests are not meant to be peaceful affairs. The very nature of protest is not quiet. If they were, people wouldn’t really listen to the demands made by them.”

It is this power of disruption which has allowed non-violent direct action groups such as Extinction Rebellion and Black Lives Matter to communicate the pressing issues of climate change and racial injustice to leaders worldwide – and force them to take more appropriate action. Whether you agree with their tactics or not, we owe it to XR that the UK government was the first in the world to declare a climate emergency; and BLM opened up unprecedented dialogues tackling systemic racism, enabling us to move towards a more just society. But it is these very movements our home secretary labels “hooliganism and thuggery”, and the PCSC bill is a direct and aggressive attempt to silence them.

“Direct action allows us to take the fight to the streets, where the people are and out of the hands of the ruling class.”

Similar clampdowns on democratic rights in the guise of protecting women have happened in the past, and often they have caused more harm than good. The Domestic Violence Bill, which was passed by the Conservative government in 2018, claimed to seek higher convictions for perpetrators of abuse. But in reality, its increase of police presence meant that women who are victims also ended up in prison – statistics from the Prison Reform Trust show that since implementation, a higher number of survivors had been arrested  – often for defending themselves against their aggressor. In her book “Feminism, Interrupted”, Lola Olufemi argues that survivors don’t just need their abusers to go to prison – they need safety nets and adequate welfare support.

“If we view the state as another arm of patriarchy, as an institution designed to oppress, then we can more clearly see how it mimics the language of freedom and equality while enacting policies that ensure the exact opposite.”

Austerity has disproportionately affected women, with 86% of reductions in government spending from 2010-17 primarily affecting women. This has especially affected single mothers, low-income black women and women of colour. When looking deeper into our Conservative government’s policies, it quickly becomes clear that they often disproportionately affect vulnerable and marginalised groups – so why has there been such an outcry against the PCSC bill? The answer is simple – because white and privileged people will also be affected by it.

“The police are deployed to do the state’s bidding, and are enmeshed in the oppressive consequences of this task.”

When I first heard about the PCSC bill and started speaking up about it on social media, I was amongst very few people. Only after the murder of Sarah Everard and the police violence towards those who gathered to peacefully mourn her did the public eye turn to the bill – because we realised that white people’s – and particularly white women’s – human rights were also at stake here. Under the PCSC bill, defacing a statue may come with a higher sentence (10 years) than the minimum sentence for rape (5 years). The term “domestic extremist” will be changed to “aggravated activist“, making it easier to associate protesters with this branding which will come with serious implications for job prospects and foreign nationals’ residency status. This comes in addition to suggestions for plain clothes officers in public venues such as clubs and bars and the “Spy Cops Bill“, which will allow spies to commit a long list of crimes with impunity. Taking all these concerning developments into account, it remains doubtful that the PCSC bill will offer any protection for women. BLM activists and other groups have been speaking out against police violence and the dangers of increasing police powers for years, but often remained unheard. After leaked information that the violence at the Bristol protest had in fact not been initiated by protesters, but rather provoked by police violence both against protesters and journalists, one question remains – who are the police really protecting?

The collective organisation of Kill the Bill groups across the country has been an incredible show of solidarity across the political spectrum and social classes – but white people, including myself, need to extend this solidarity to issues that don’t directly affect them. White women need to do better for their sisters. Next time a government legislation threatens to undermine vulnerable and marginalised groups’ rights – we need to show up for them. We need to show up the way we did against the PCSC bill.

Social change is not easy. Women in the suffragette movement were sexually assaulted in public, force-fed in prison, and over 200 women experienced violence at the hands of police on “Black Friday”, 18 November 1919  – and just like today, police violence was carefully kept out of the news. But that did not stop those brave activists fighting for their democratic rights. Make no mistake – the suffragettes tactics were not always peaceful. They deployed methods such as window-smashing and arson on a regular basis. They were divisive and demonised as “fanatics” and “witches”. But ultimately, their disruptive tactics were one of the reasons their activism was so successful. Banning disruptive protest in a time when transformative social change is crucial for our survival and wellbeing as a species is a warning sign and must be fought vehemently.

Without protest, women would not have many of the rights we currently enjoy – such as being able to vote, own property, access higher education or employment. And just like the Suffragettes fought back against the forces which tried to silence them, we must now take a stand against state violence and Britain’s descent into fascism. See you on the streets. 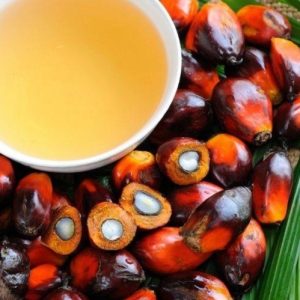 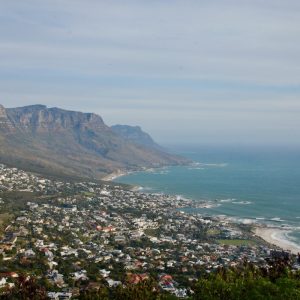 The Benefit of Interdisciplinary Work within Wildlife Conservation 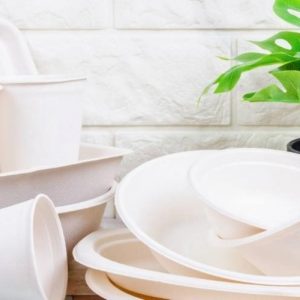 Recyclable, Compostable, Biodegradable… What is the difference?